LIVERPOOL - A WINDOW
ON THE WORLD

Liverpool is a city whose name resonates around the world, thanks to its two greatest cultural exports: The Beatles and Liverpool Football Club –  but the city has many more delights to offer, stunning architecture, fantastic museums and galleries, a friendly welcome and wonderful pubs, bars and restaurants to soak up the atmosphere of this waterfront city. 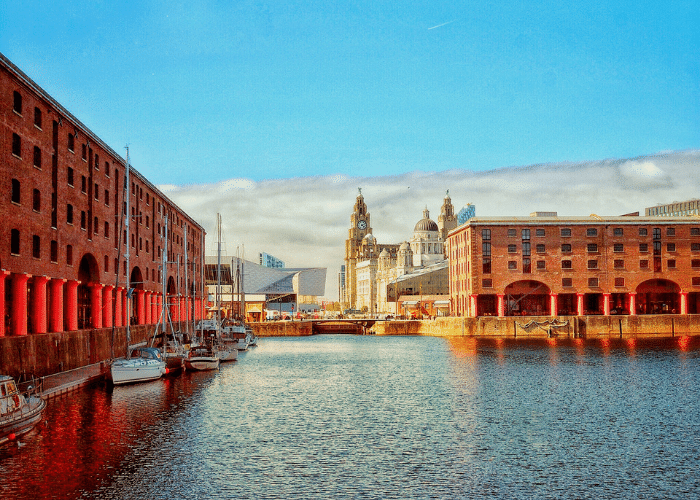 The city is perfectly compact and very easy to stroll around. Its historic waterfront, that includes the Pier Head and The Royal Albert Dock are the perfect places for a leisurely amble.

These public realm areas are vibrant places, bustling with cafes, restaurants and bars. Here you will also be able to consume your fill of culture, you will find the Museum of Liverpool, The Mersey Maritime Museum and Tate Liverpool waiting your attention.

If you look up high enough at the Pier Head you will be able to see the city’s resident Liver Birds, Bertie and Bella. Let’s hope they do not fly away as legend has it that the city would be ruined if they did! 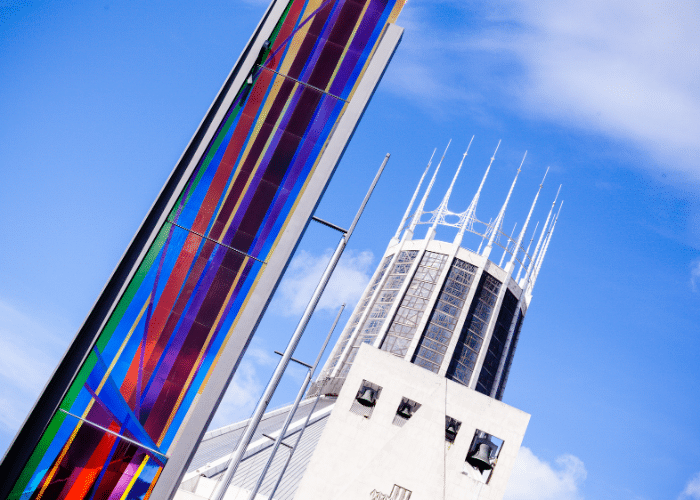 The city waited until the 20th Century for its first cathedral and then just like waiting for a bus two came around at the same time! The city’s two cathedrals  differ in style and are both a joy to visit. 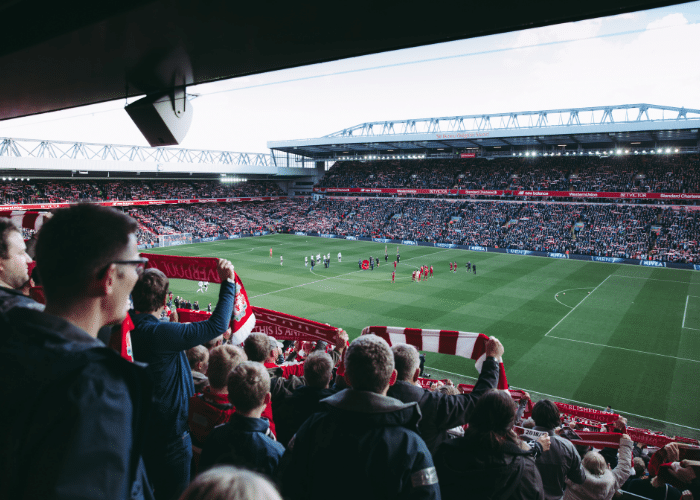 A CITY OF FOOTBALL

Liverpool’s other great passion, football, has much to offer the soccer fanatic or those curious to see what all the fuss is about!

The city can boast two top-flight football teams, Liverpool FC and Everton. Liverpool FC are England’s most successful club, winning a record breaking 48 trophies, including 19 championships, 6 European cups and 7 FA Cups. Everton, the “People Club”, can also boast major honours and their supporters, the blue half of the city, are equally as passionate as the fans of the red half of the city. You might want to ask someone in the city why the rubbish bins are purple!

Both clubs have a range of stadium tours that will give football fans and the casual visitor alike the opportunity to engage, experience and embrace the history and achievements of both these great clubs. 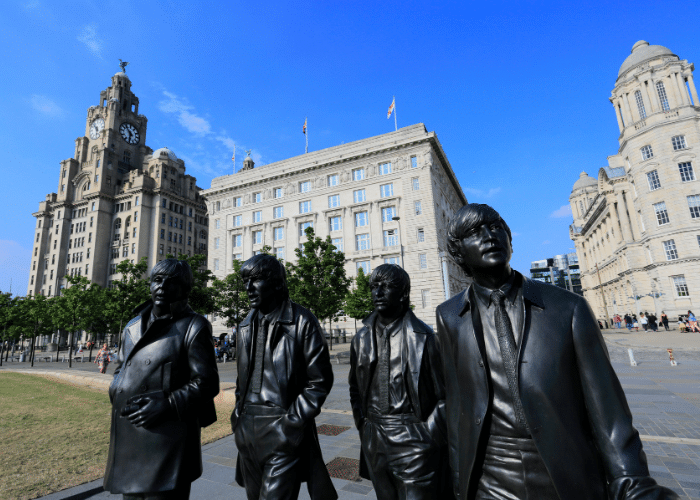 If music is your thing then you are in the right city. In 2015 Liverpool was designated a UNESCO City of Music and music is the lifeblood of the city and the city’s heartbeat.

For Beatles fans it is the ultimate place of pilgrimage and there are plenty of tours, attractions and places to visit to immerse yourselves in the Fab Four’s story: The Beatles Story , The Liverpool Beatles Museum and the brilliant Fab 4 Taxi Tours to name just a few. A visit to the Cavern Club is a must on any itinerary.

Beyond the Beatles the city can boast the British Music Experience, The Royal Liverpool Philharmonic Orchestra the country’s oldest professional orchestra.

There are plenty of venues where you can enjoy live music and if you time your visit just right there may also be the odd music festival for you to take in!

EXPLORE A SELECTION OF OUR TOURS OF LIVERPOOL

We have compiled some web links for you below to find out more about our great city of Liverpool: