North West England is a place of discerning disposition, bristling with culturally edgy cities such as Liverpool and Manchester, where music, football, museums, galleries and lively nightlife coalesce to make these cities must see destinations.

The region also resonates to a more ancient rhythm in cities such as Roman Chester where Roman legionnaires were garrisoned at the great fortress town of Deva. There are hidden gems, too, such as Port Sunlight garden village and the villages of the Wirral Peninsula.

The region also serves as a gateway to North Wales and the Lake District where you can explore a treasure trove of stunning coastlines, National Parks and the great outdoors and so much more…… Here are just some of the highlights. 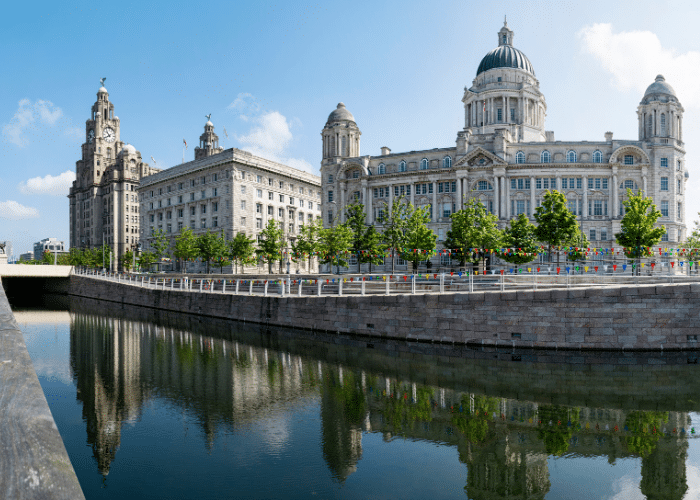 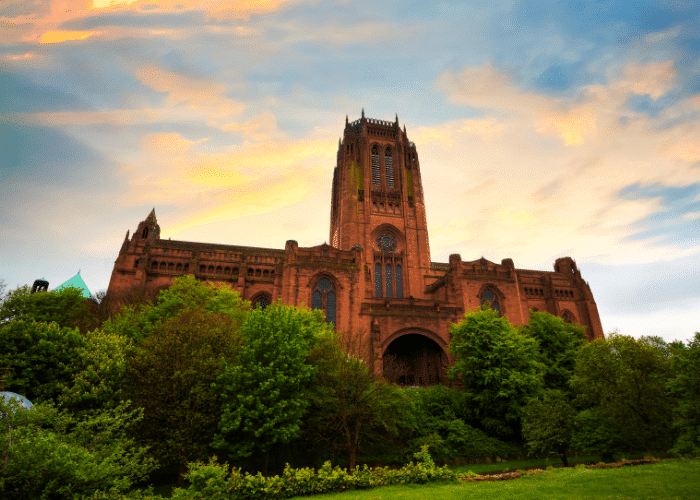 LIVERPOOL -  A WINDOW ON THE WORLD

The great port city of Liverpool with its fabulous waterfront location is a joy to visit with its array of museums, galleries, theatres, musical attractions and friendly residents.

Don’t forget to try out some of the many traditional pubs and ask for a bowl of Scouse!

You will surely need to come back again as there is so much to see, The Royal Albert Dock, two cathedrals and two premier league football teams just for starters! Discover this vibrant city within the North West England region. 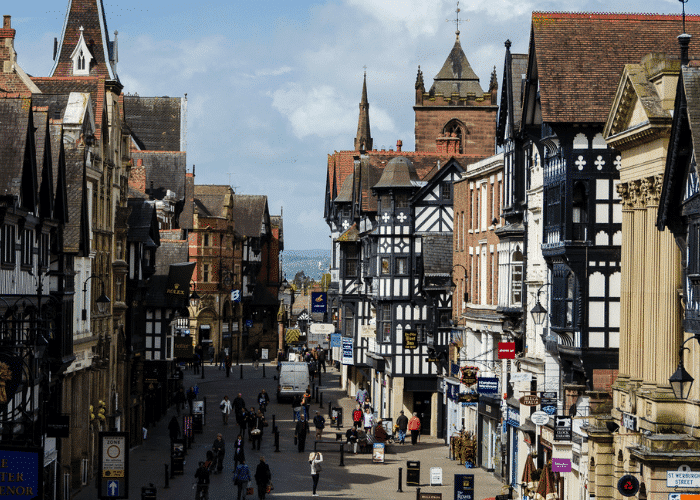 CHESTER & THE COUNTY OF CHESHIRE

The beautiful Roman city of Chester, formerly Deva in Roman times nestled beside the River Dee is a pure delight with its city walls, the oldest, longest and most complete in Britain.

A lovely city to visit with its unique shopping arcades and precincts with plenty of perfect spots to enjoy lunch or a drink. Enjoy a tour of this historic gem in North West England. 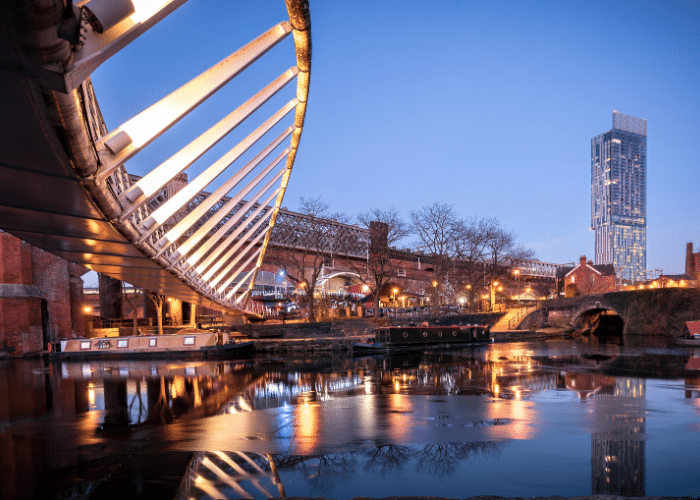 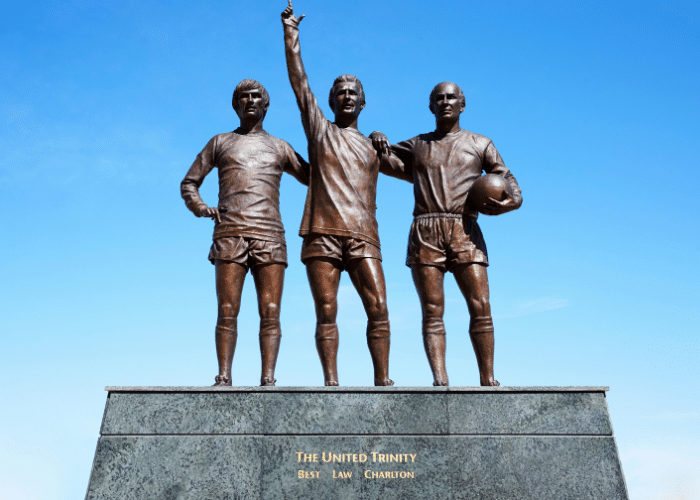 Busy and bustling Manchester a must be stop on anyone’s itinerary when in the North West of England. You will be able to trace the footprint of the industrial revolution in this proud Northern city that became the centre of the world’s cotton trade.

Today a contemporary city underpinned by true northern grit you will be spoilt for choice as to how to spend your time, there are retail opportunities a plenty in its smart and sophisticated shopping streets.

Enjoy the city’s vibrant nightlife, for something a bit more bohemian try out the bars and eateries in the Northern Quarter and of course there is the Theatre of Dreams – Manchester United! 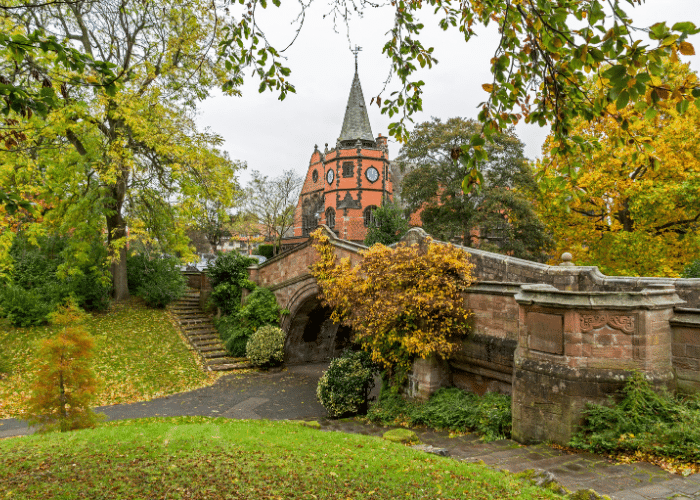 PORT SUNLIGHT & THE VILLAGES OF THE WIRRAL

Just across the river Mersey you will find the idyllic garden village that is Port Sunlight.

Dating from 1888 this extensive village with its beautifully laid out and landscaped gardens was founded by “Soap King” William Hesketh Lever who built his soap factory (today Unilever) here.

You will be able to see the houses for yourself that he built in the village for his workers, not to mention the art gallery, cottage hospital, theatre, school, church that he also built for them!

Port Sunlight is the ideal spot for a quintessential English afternoon tea. 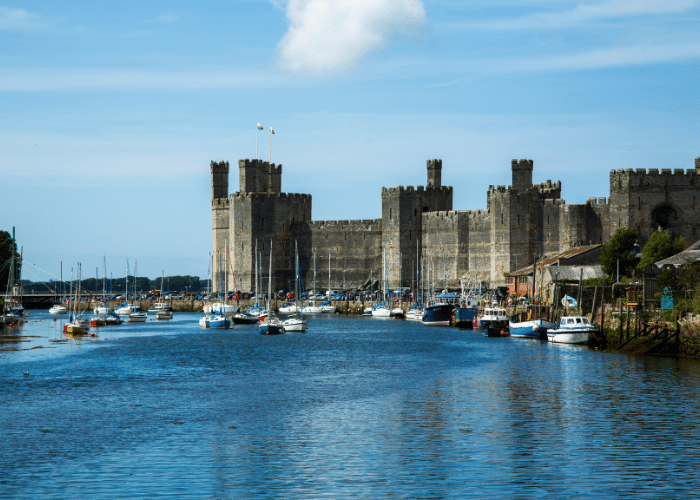 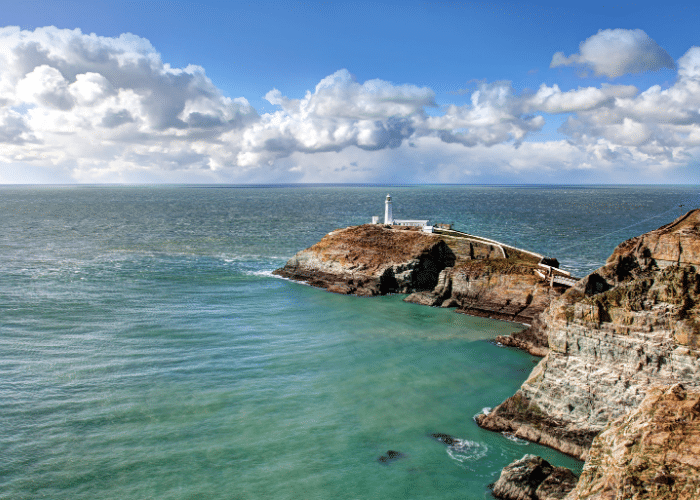 Another country but not a million miles away from the urban centres of North West England, Wales is the ideal place to roam and take in nature’s bounty with its stunning mountain scenery and magnificent coastline.

For the energetic, Snowdonia National Park offers glorious climbing and hiking opportunities and, for the more sedate, the sandy beaches dotted along the Island of Anglesey offer a haven to unwind.

No visit to North Wales would be complete without a visit to its ring of medieval castles that hug its coastline, Conwy or Caernarfon with their castles and pretty harbours are a must see! 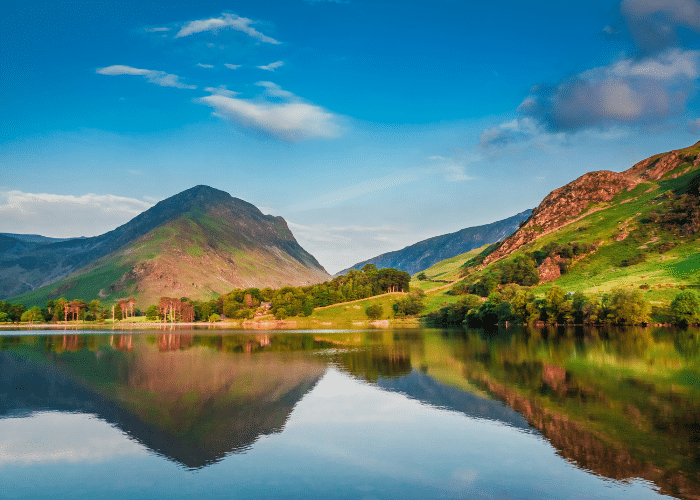 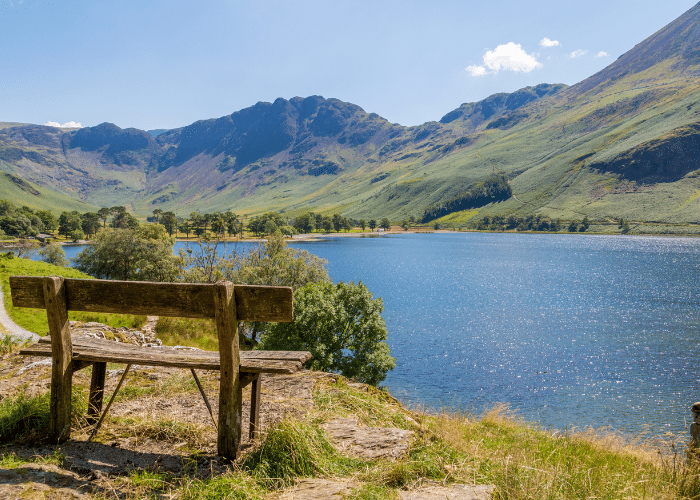 The Lake District National Park with its rolling fells and beautiful lakes are an easy excursion from the urban centres of North West England. The walking is glorious and you could stroll like William Wordsworth, “as lonely as a cloud”, if you visit at the right time of the year!

You don’t need to put your walking boots on to enjoy this beautiful part of the world why not opt for a leisurely cruise on a paddle steamer to take in the breath taking Lakeland views.

No visit to the Lake District is complete without a visit to Hill Top Farm the inspiration for many of Beatrix Potter’s characters – and of course there is the famous Grasmere Gingerbread to sample!

Browse our tours and create your perfect experience in North West England – discover Liverpool, Manchester, the English Lakes or North Wales and more…